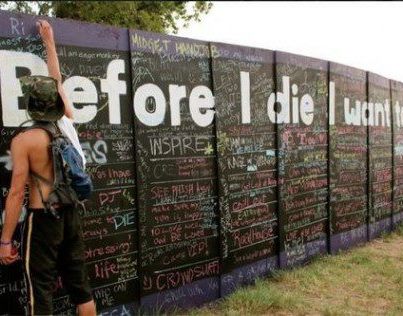 It never ceases to amaze me how quickly things can change as people learn how to be awesome! I see it all the time in others, when we work with clients privately providing the environment for change, and watching as the impossible happens, seemingly before our eyes. But to experience life changing stuff is even more awesome… 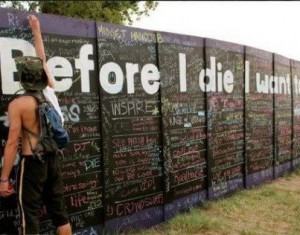 In January 2015, we thought it would be kinda cool to do a firewalk, you know what it’s like, it’s on the ‘bucket list’, and as time passes that list gets shorter and the contents, more ‘out there’! But we wanted to make it mean something, to make it memorable, and to do some good, so we offered to organise a event for a friend who was in the midst of a long term fundraising effort for Help For Heroes, to support her campaign.

Over the following weeks we sought out a highly recommended firewalk instructor who agreed to provide the event for us, and the fun began… Coercing people to either sign up or cough up, explaining repeatedly “Yes! A firewalk really is walking on fire” and “No! I’m not mad” until we had a good sized team of people, all eagerly raising money for a worthy cause. 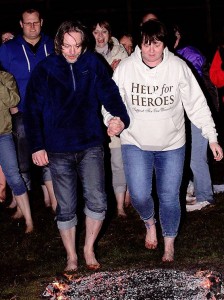 Then the day came. It was 29th March, 2015. If you’ve done a firewalk, you will have experienced the nervous excitement we all felt on the day, the way everyone there is helping everyone else to be OK with what we were about to do. I took part in all the exercises, followed all the instructions, paid close attention to the recommendations on how to be safe, and had one of the most amazing nights of life… quite simply…

That night I could hardly get to sleep. The next morning I woke up, and leaped out of bed… I was on a natural high! In the days and weeks that followed, I was getting more done, the only thing I put off till tomorrow was procrastination, nothing seemed like too much of a challenge, I felt invincible! I realised I had had a glimpse of what I was truly capable of, what I could achieve when I stopped listening to the doubtful, unsupportive voice inside, when I just allowed myself to just give it a go. 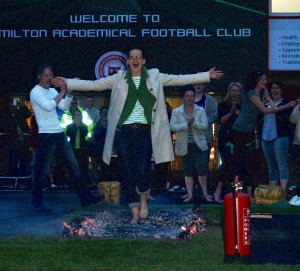 It quickly dawned on me that I had discovered something powerful and primal, a tool that could bring about profound and lasting change in people… and I had to know more! I spoke with the instructor who had facilitated our event, and through him contacted one of only 2 Master Certifying Firewalk Instructors in the world, and after several conversations (and a little collusion from the universe at large) I was booked to attend the Firewalk Instructor Training in May, 2015, just six weeks after my first firewalk. (If you’re interested in reading more about this part of my journey, click here). 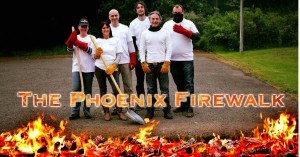 Before attending the training I had already laid the foundation for our first event, and upon my return met with the organisers and began planning how to bring it all together to start doing some serious good. Behind the scenes I was searching for a venue locally, someplace that would become my ‘home’ venue, that understood what we do, and allow us the freedom and flexibility to deliver outstanding events every time, and that was when we reached an agreement with Balbirnie House, Markinch. I used the time before our first event in mid July to train a team of tenders. These are the men and women behind the scenes, making sure that everything runs to plan. Without them it just would not be possible to do what we do. Training them was intense, as there was so much that they needed to learn to ensure everyones safety and enjoyment on the night. Each and every time they are amazing, and they work tirelessly… Thank you guys (and gals)!!

The next 2 months zipped by as we hosted event after event, and in September I was invited back to the place where I trained, to assist on the Firewalker Instructor Training held in the autumn, but with the added incentive… Marina was attending to become a certified Firewalk Instructor too!

After we returned we really turned up the heat (sorry!) and we hosted numerous events, for too many deserving causes to name, but each one created in us, the desire to give it everything at each event. I can’t count the number of mornings I have woken up barely able to speak, and aching from the manual labour involved in the setup and clear up, let alone the delivery, but I wouldn’t change a thing! 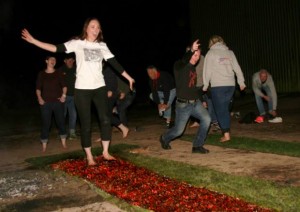 In the last 10 months we have guided over 200 individuals across the coals, most more than just once. Some in their eighties, and some much, much younger. We have created the mechanism for dedicated individuals to actively raise over £35,000 in sponsorship during that time, largely for local causes in much need of public funding.

To everyone who has taken of their shoes, and heard me ask,

thank you, because you are the ones who have looked fear in the face and put the needs of others first. You have stepped way beyond your comfort zone, so that others may find theirs. If you are one of the people who has put your hand in your pocket to support those brave enough to face the fire and discover their awesome, then my thanks also go to you, for recognising the challenges of others and taking positive action to make the world a better place as a result of the combined effort of many.

No-one can tell you the good you are capable of or what your potential is, but one way to experience it is by walking on fire, as what it leaves you with will last a lifetime and will change you forever… if you just let it!

If you’d like to take part in one of our events, or you would like to give the gift of awesome, then click here. If you re interested in organising your own firewalk for business, team building or fundraising, then get in touch here. 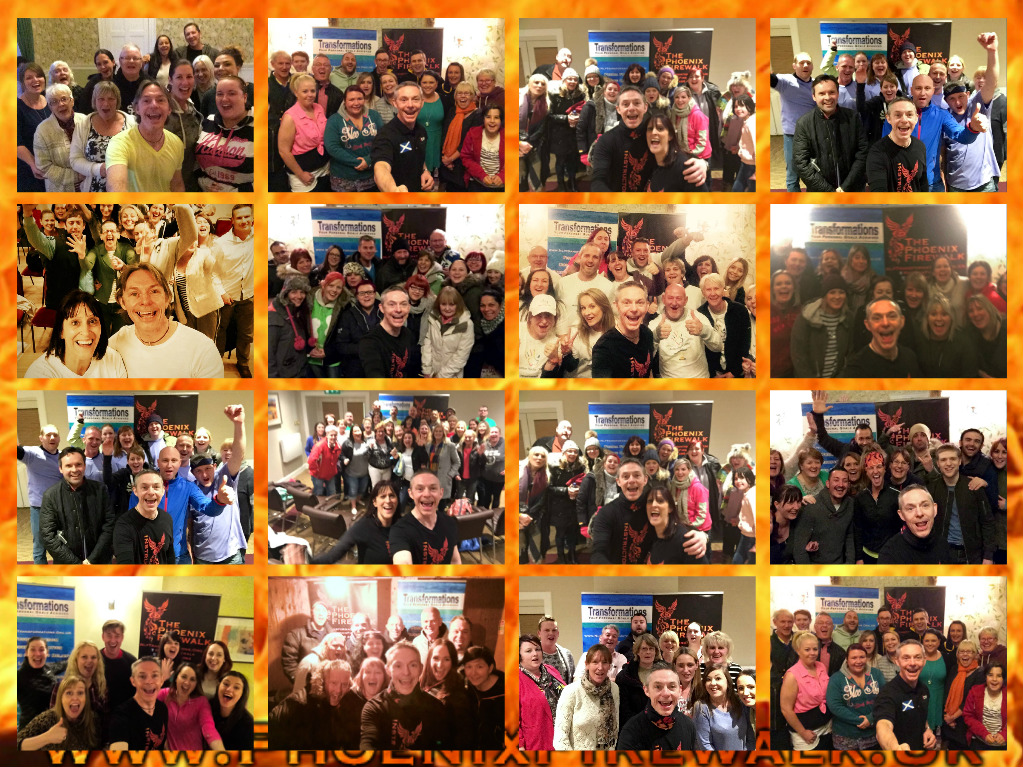